I never thought I'd be writing on here again. How's it going everyone!

Why am I back?
I'm back because I saw that there was still interest in this project. I've been sitting on a very basic version of the game/engine for a long time now. I've gotten emails over the last two years asking for the game, asking to open source it, and so on. The real reason I'm back is because I want to play this game too.

What's new?
Honestly, I haven't really touched the Banjo game that I was making in a long time. However, I was working on another game that has the same kind of feel to it. That game is being made in Unity, so I can easily switch things around and make it into Banjo "Threeie".

Things I can do myself:
Most of the game. I am an artist and I work in both 2D and 3D animation. I am more than comfortable in creating all the models (characters, environments, props, etc.), as well as texturing, rigging, and animating. I also feel comfortable enough to code this game.

Closing thoughts:
The game is actually going to be worked on again! I'll be live streaming some of the creation process on the BKFG YouTube channel.


Also, I will be moving the dev blog over to Tumblr. Come follow me at http://banjokazooiefangame.tumblr.com/
Posted by Banjo Kazooie Fan Game at 3:55 PM No comments:

I'm not the best at keeping up with the blog. I've received some emails from you guys asking about the game and the answer to the question is yes, I'm still working on the game.

It's slow on the blog because I'm not working on this game full time. I do put in work to the game every day, whether it's new artwork, models, animation, level design, character design, or so on.

About the engine:
Originally, I was interested in using the Unity 3D engine for the game, but as soon as the Torque 3D engine switched over to open source, then I switched over to that. With the Torque engine, I already have a playable BKFG engine for the game. While there are still things to add to the game's engine, I'm really liking how it is playing so far. It feels like a Banjo game! The game feels like a mix between the original games and Nuts & Bolts (no vehicles though!).

Character Models:
Banjo is mostly done! Kazooie is pretty close to being done as well. Now time to work on Bottles!
Posted by Banjo Kazooie Fan Game at 10:32 AM No comments:

Email ThisBlogThis!Share to TwitterShare to FacebookShare to Pinterest
Labels: BKFG

Some of the original Rare team are getting back together to work on a new game that they are calling a "spiritual successor to Banjo-Tooie!" This is huge news for all of us fans! You can find them over on Twitter @MingyJongo.

You can also read up on my post over at NoSignalNetwork about the news.
Posted by Banjo Kazooie Fan Game at 1:32 PM No comments:

There are some models I will not be releasing, such as the characters that were created by Rare. Even though I am creating all the models myself, I don't feel like it would be right to release those models since they are based off of characters already created by Rare. I will however release any character models that are NOT Rare-original characters.

You can find all of the models as I post them over on my OpenGameArt profile.
Posted by Banjo Kazooie Fan Game at 7:56 AM No comments: 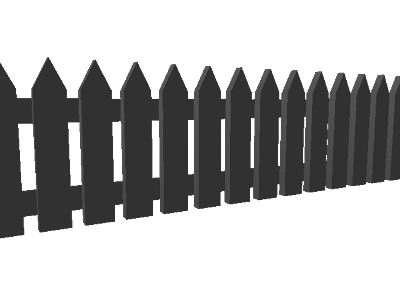 Here's a simple fence I made.
Posted by Banjo Kazooie Fan Game at 6:24 PM No comments: 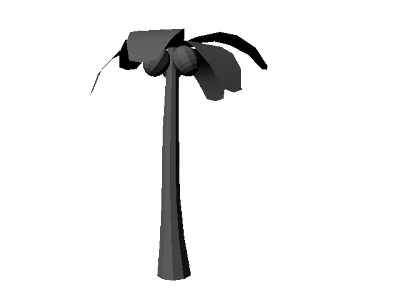 Posted by Banjo Kazooie Fan Game at 5:34 PM No comments: 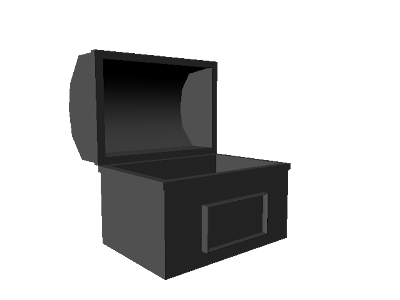 The entrance to my favorite level from Banjo Kazooie. I'll make sure it finds a place in BKFG.
Posted by Banjo Kazooie Fan Game at 4:43 PM No comments: